Head over to https://nodejs.org/en/download/ to get the download url to NodeJS. For this demonstration, NodeJS (v7.2.0) will be installed on Ubuntu 16.04.1. 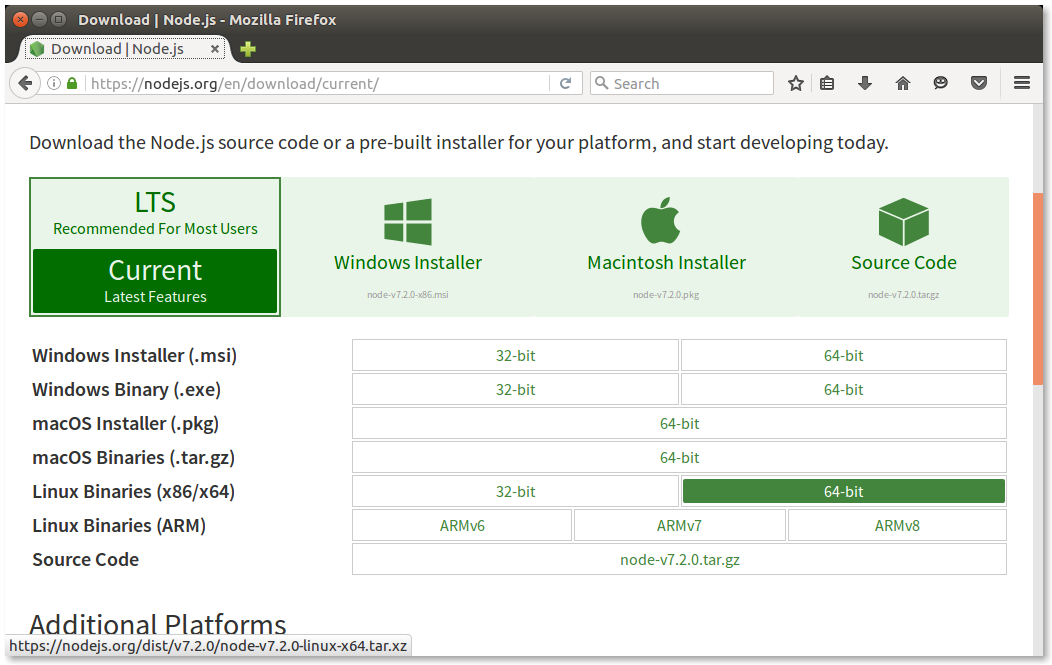 Next, open up Terminal and use wget to download the Linux binary. 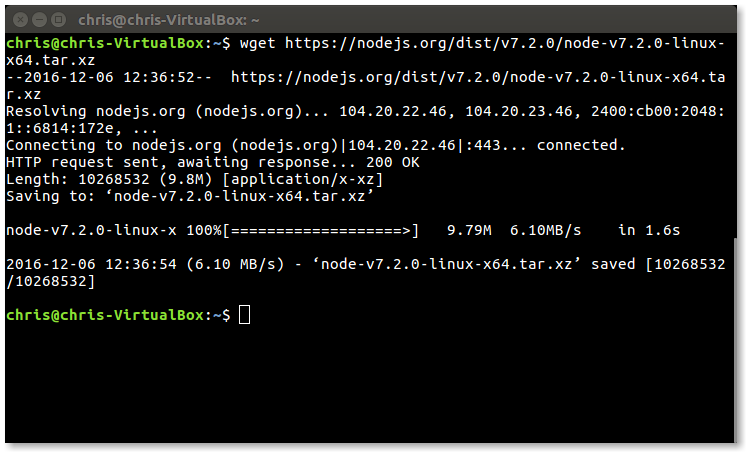 Now use tar to unpack the file. 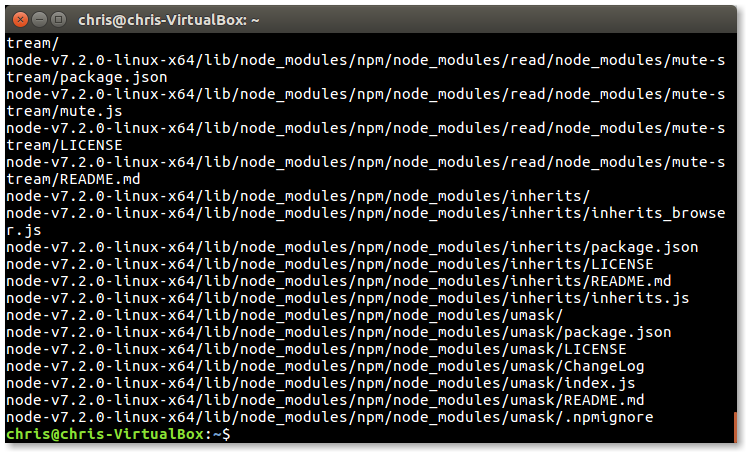 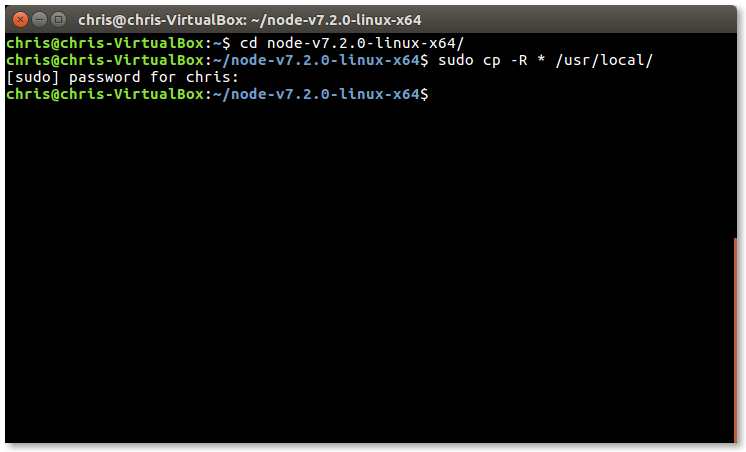 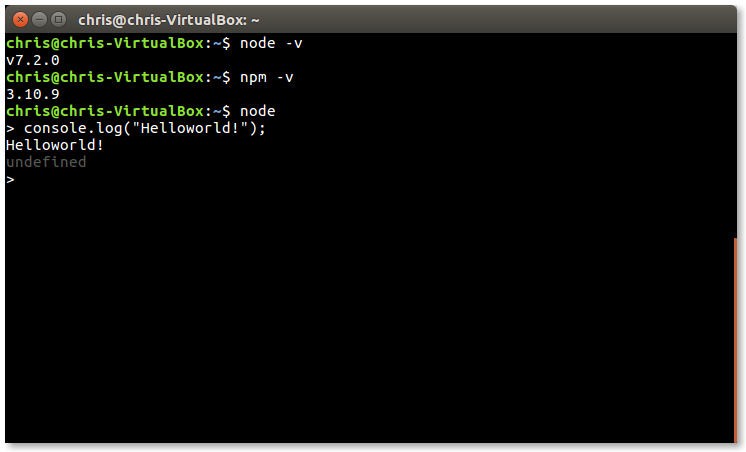 Depending on which version of Raspberry PI you are using (1,2,3, Zero, etc) you will need to download the appropriate pre-compiled binary (ArmV7, ArmV8).

These instructions will show the process for a Raspberry Pi 3 (Running 2016-05-27-raspbian-jessie-lite). 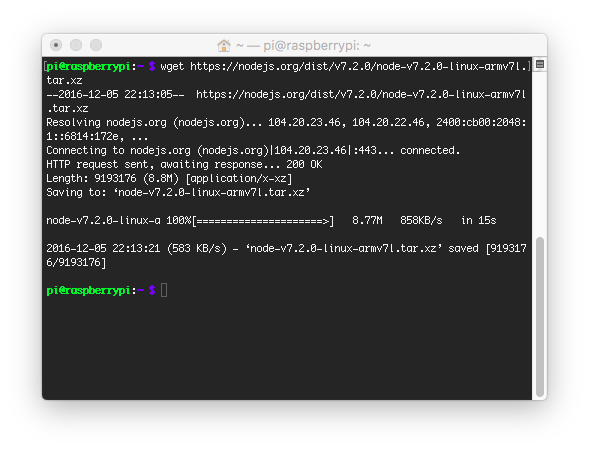 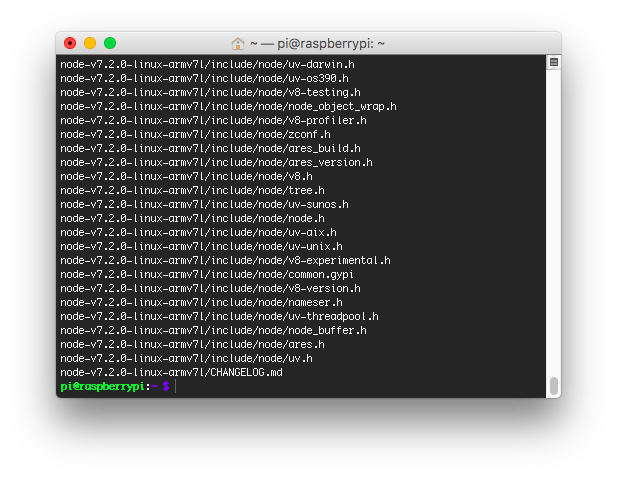 At this point you can test Node to confirm that you have installed the correct version. 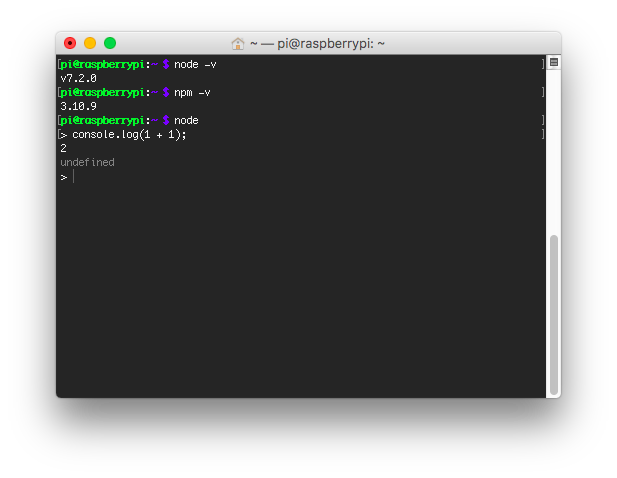 If node -v reports something similar to -bash: /usr/local/bin/node: cannot execute binary file: Exec format error or does not respond, you may have installed a version of NodeJS not compatible with your operating system architecture. You can simple repeat the install process with the correct version as it will overwrite the previously installed files.

Clean up the temporary files.

NodeJS and NPM are now installed!

You can install some npm packages globally, such as the droplit.io CLI, to run them from any directory. 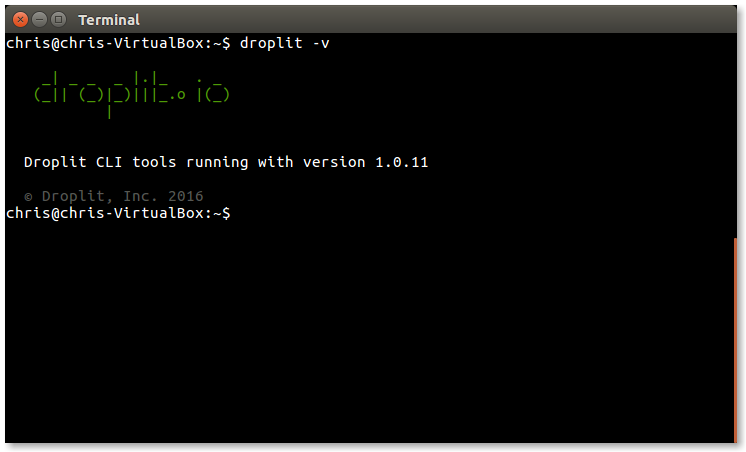 However, you may encounter an error like this when installing npm packages globally. 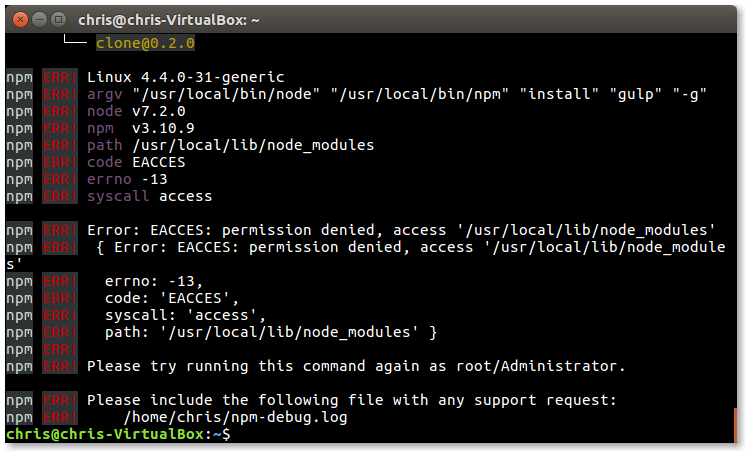 There are a few ways to solve this issue according to docs.npmjs.com. We prefer Option 2 as it does not require changing directory ownership, which may be a security risk.

Create/edit .bashrc to add the new directory to your PATH.

Make sure you are the owner of the ~/.npm-global/ directory, or assert your ownership using the following

Restart your terminal and you should be able to install and use global packages.

You can use .bash_profile instead of .bashrc if you wish.

The .bash_profile is only executed for a login-shell, whereas .bashrc is executed for every new shell instance

If you wish to run NodeJS on an OpenWRT device and node is not already provided for your distribution or node is provided and you require a new version, you should be familiar with OpenWrt's build system.

This article explains how to cross compile NodeJS for OpenWRT.

Once you have the NodeJS Binary file, transfer it to your OpenWRT device. You may need to mark it as executable.

Depending on CPU speeds, we recommend downloading npm packages on a different computer and transfer them to your device. If any of your packages require compilation, you will want to compile them with your toolchain.

In our testing, we found that the OpenWRT kernel required FPU emulation be enabled for NodeJS to run. Without FPU Emulation, we tested many different versions of NodeJS (0.10 - 6.0.0), and each would result in a floating point exception or not respond. When compiling your OS make sure that you have this feature enabled.